Our most popular platforms today are centralized systems of control that exploit us rather than empower us. Users and creators are disconnected from the value they create, and hold no ownership from their contributions to the platform. Instead, they and all users are treated as income streams where user data is collected, hidden from the users, and sold to further mine profits.

Outside of the incentive system being broken, we are letting ENGAGEMENT algorithms run the entire recommendation feed of every major social platform today massively effecting the moods and critical thinking skills of our peers and children. From a consumer standpoint, the algorithm that the user is force-fed content from is unable to be changed, which develops a toxic relationship between the platform and the user.

As we as a society continue to make progress in identifying physical and mental health risks, this engagement algorithm is finally shifting in the public eye for the evil that it is. While these algorithms may not get any less toxic and addicting, we can hope for new cultural boundaries to be set that will push people to live healthier lifestyles.

Just like with cigarettes the addictive nature was weaponized by corporations who saw the capability to hook users, before our culture caught up to vilify cigarettes for what they actually did. Luckily we largely overcame that battle as a culture and while the cigarette itself did not get any less addicting, we simply upgraded our cultural boundaries which matured to avoidance of these unhealthy dopamine sticks.

While returning to breathing air was the simple alternative for cigarettes, getting people to stop using these toxic platforms requires a healthy replacement of social, educational, and entertainment platform that is captivating, but empowering.

We wholeheartedly believe that Social Media and content recommendation systems can empower individuals rather than extract from them and we are making a bet on culture moving forward to understand choosing algorithms like a picking to hang with a toxic or healthy friend. Especially as we as a society help the understanding that our peers and children are being given information by a super toxic, and negative persona because in reality that's exactly what the algorithm is designed to do. Engagement algorithms maximize your engagement at all costs, not factoring in your mental health.

Algorithms, like friends, are external systems that provide information and experiences. To make the toxicity of the engagement algorithm more clear let’s personify the engagement algorithm as a human friend, Karen. Karen does not care about you or your well being, in fact the one thing Karen cares about is getting as much attention of yours as possible. Karen has zero regard for your mental health. In fact, Karen has no limit on what she wants from you. Her end goal is having you not move from your bed, or the couch, and if you want to talk to your friends, she only wants it to go through her. While Karen may be addicting to hang out with, I hope we have other friends who recognize how bad she is for you and helps you move on to greener pastures.

Karen would quickly get abolished from any friend group, but TikTok was the top performing social platform in 2021 and is continuing its rampage this 2022. By allowing user generated videos in full phone format, and providing an infinite feed of content, it took the social world by storm. Kids and Adults have become so addicted to it that it has taken over a majority of the social media attention sphere making its creator ByteDance now worth over $470 Billion. But many of users distrust the platform as it is a known centralized spyware platform with all data being fed to the Chinese Government. We hope as culture updates its operating system, use of Tiktok, unless they make radical changes, will be viewed as the low status cigarette consumption that it is.
‍

Our Vision For A Better Future

At Socialverse we think culture will get in line with the idea that platforms should serve us, not control us and that a healthy alternative will move forward not because it is more ADDICTING, but because it is BETTER FOR PEOPLE. We believe the attainment of this goal, and ushering forward the shift in the way we collectively consume information, is the best way we can help the world and people enter better timeline.

We are on a mission to create the best social media option on the market for users who want to live a positive, purposeful, and healthy life. We understand that users relationships to the platforms we use the same way we do with people. Both provide us unique experiences that shape us, but at the end of the day we evolve and learn to find better, superior friends who make us into our best selves.

The State And Future Of The Social Metaverse

Even with hundreds of billions of dollars at their disposal, social media giants have historically failed to identify these new trends and formats, now resorting to copying rather than building a platform where the community can lead the charge. As an example, after the rise of Tiktok, YouTube launched Shorts, Facebook launched Lasso, Snapchat launched Spotlight, and Instagram launched Reels that are now also pushing short vertical media with an infinite scroll feed.

By separating development of new features from the users, a platform platform is subject to fall behind and leave open spaces for new apps to gain major traction. If Instagram had allowed its community to develop new ways to engage with content, Reels would have been developed by the community long before Tiktok ever became popular.
‍

Mainly for community basedcreation, and sharing
Mainly for friends and family activities

If you are reading this, you are a pioneer of the mobile social metaverse. Logically it is well understood that the most valuable part of any Social Media company is not the software, but the users. Recent developments have shown across the board that companies that allow their communities to drive and decide innovation on platforms win.  Until now, no social network has created the capability for its community to build new social experiences on top of it. In gaming the two most popular games IN EXISTENCE in 2022 revolve around decentralizing the capability for a community to innovate from a base network has produced. [Minecraft And Roblox]
‍

Building The Initial User Base

To begin with we are launching as a Reddit + Tiktok model. Where each sub-verse consists of communities curating content for each other within specific niches of content. Now, inside of Socialverse, Highschools, colleges, cities, games, and any networks of people can have their own collectively generated Tiktok style feed.

At Socialverse, we believe there is still a long while before we are wearing VR goggles all day rather than using our phones, so while our phone usage continues to increase and social media continues to be the main use of our phones, we are investing our efforts in creating a innovative and better future for mobile social media. We believe the idea of creating a platform that is ever evolving by its community gives us the opportunity to create the SUPERAPP of social. 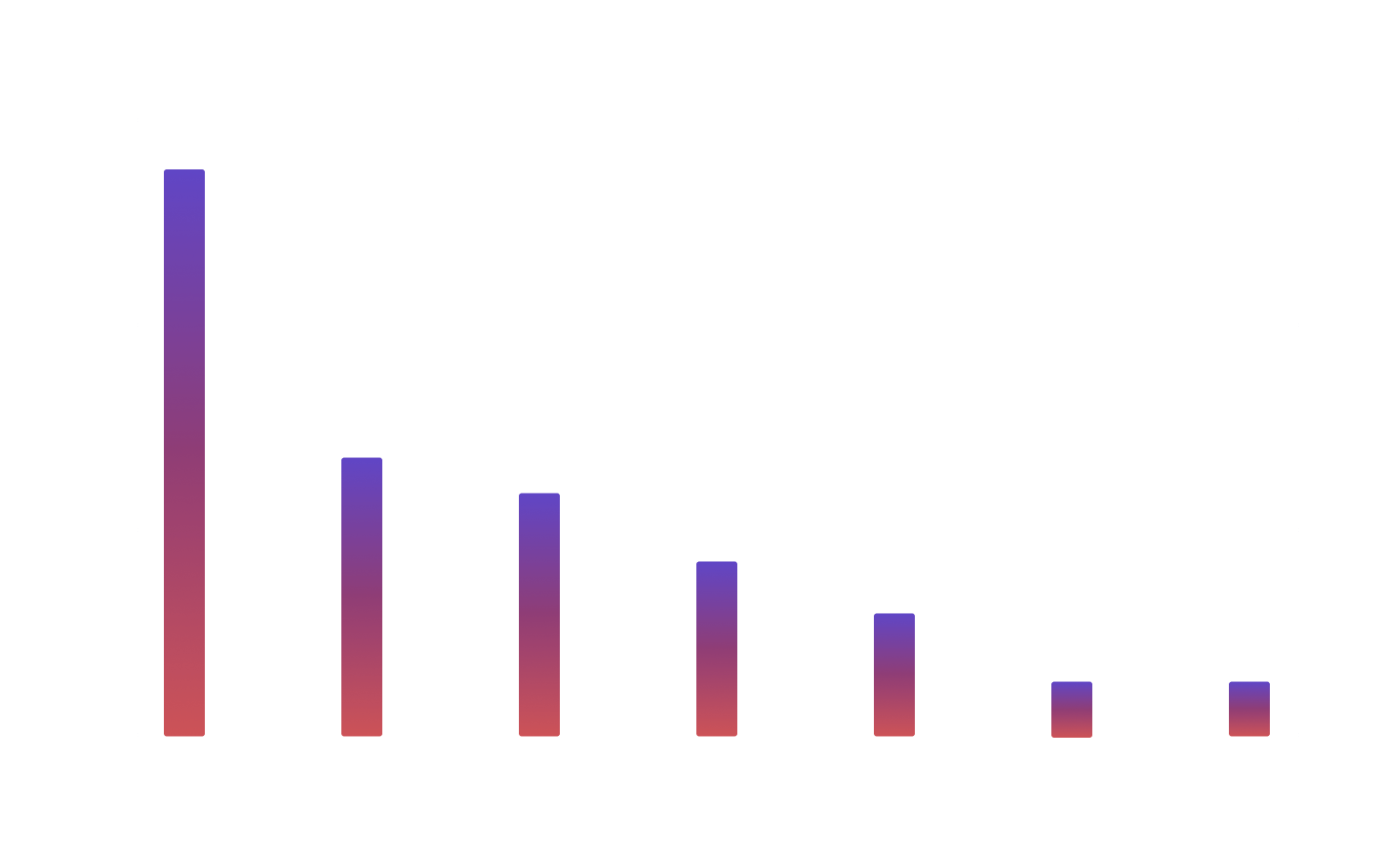 By creating an internal Socialverse token, we are able to represent a more fair and transparent platform for the producers and consumers, create a robust internal economy, and allow voting to be made based on contributions to the platform and time spent on it. Beyond that, the Socialverse team believes in supporting decentralization and the onboarding of users to their first crypto wallets, where we can offer the easiest, lowest cost, and fastest way to send funds inside of our app utilizing the polygon network.

Beyond that, we get to set up transparent systems for our platform’s ad revenue to buy tokens that will flow into the creator and consumer pools that will be earned by watching, and creating. Comparatively, TikTok; the leading mobile video application, is paying roughly 3% of its total ad revenue back to its creators and they 0% toconsumers. Socialverse believes investing in its creators is worth ALOT and for that reason is committing 35% of ad revenue back to the creators, and 20% back to the consumers. These features empower the users and creators like never before and will allow us to add psychological dopamine hits based on accumulation of real world value where we may decrease addictiveness because of our focus on serving healthier content feeds.

All users will earn these governance tokens from using the platform, which can be held and utilized to vote on the future of the platform, or sold to support the new great content our creators come up with.
‍ 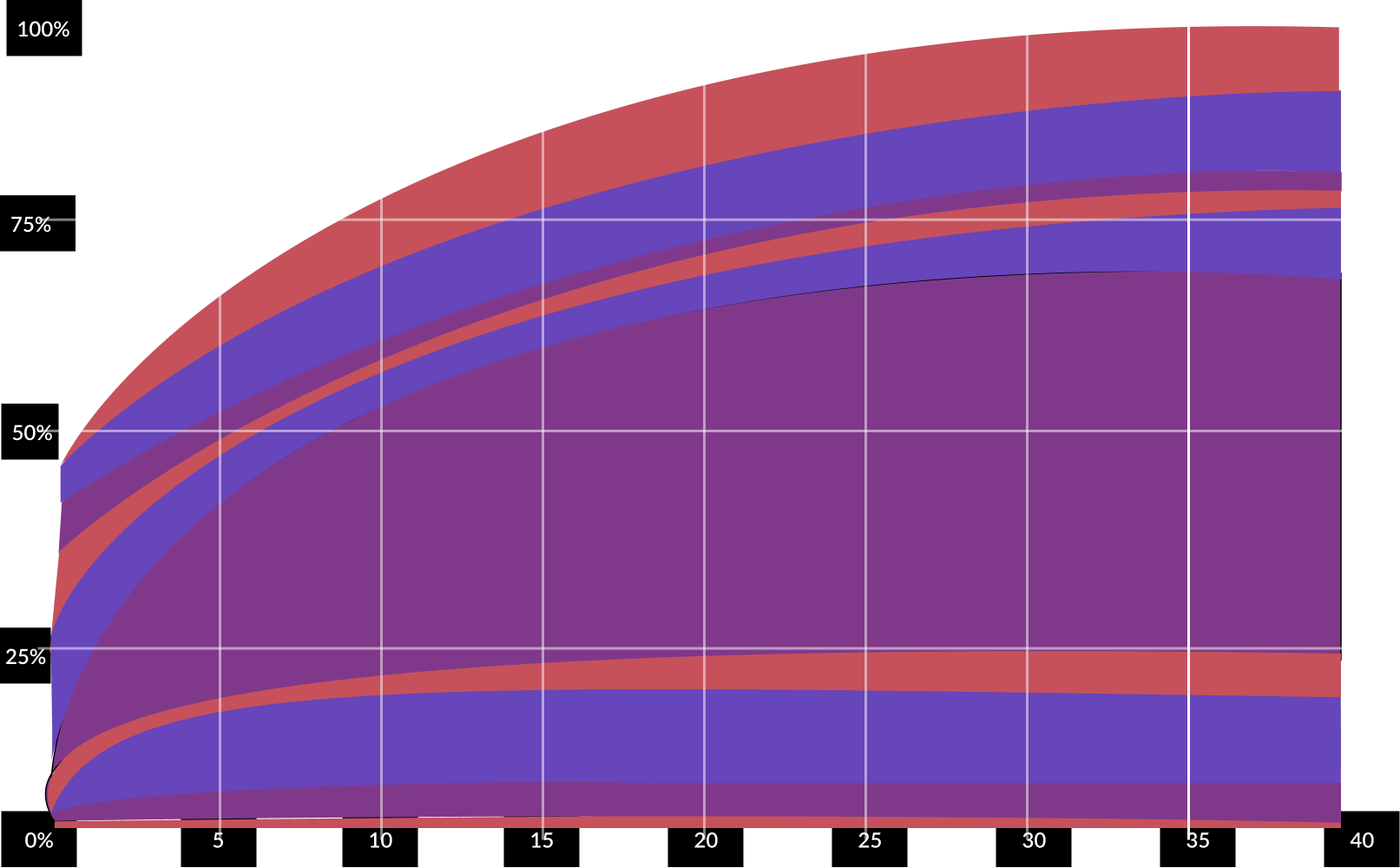